How much do you know about Malaysian Road Tax?

You have been renewing your road tax every year, but have you ever wondered how the amount of annual fee is calculated? The amount of road tax every Malaysian driver has to pay varies depending on the engine capacity (also known as CC) of your car!

Do you know that road tax can be as low as RM20.00 but can also go up as high as over thousands of ringgits? Let us take a closer look at Malaysia’s unique road tax structure!

Saloon cars include sedan, hatchback, wagon, coupe or convertible. This applies to both petrol and diesel engines. As you can see, a car with a 1.6 litre (1,600 cc) engine or below gets charged a fixed flat rate (from RM20.00 to RM90.00) only. Once your car passes the 1,600 cc mark, progressive charges kicks in at an increasing rate at higher tiers: 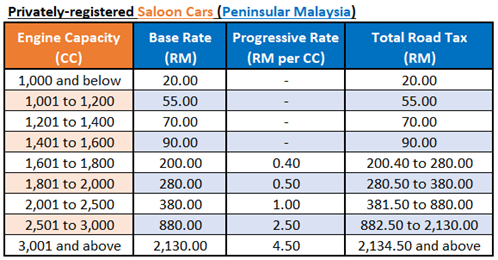 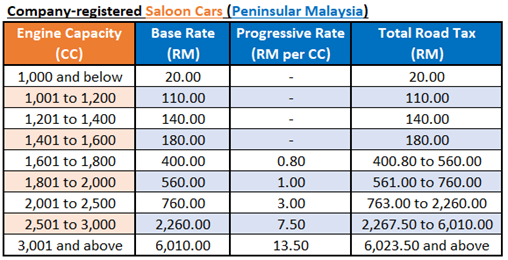 Ironically, non-saloon cars such as MPV, an SUV or a pick-up truck that usually come with bigger engine capacities (regardless of whether it is privately or company-registered ones) are levied at significantly lower road taxes! Progressive rate is capped at RM1.60 per cc only from 2,500 cc onwards while a privately registered saloon car can be levied up to RM4.50 per cc from 3,000 cc onwards!

Road tax is even cheaper for cars in East Malaysia for both saloon and non-saloon cars! Further good news to company owners as the same rates apply to both privately and company-registered cars! 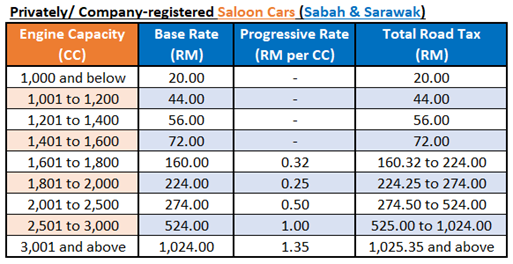 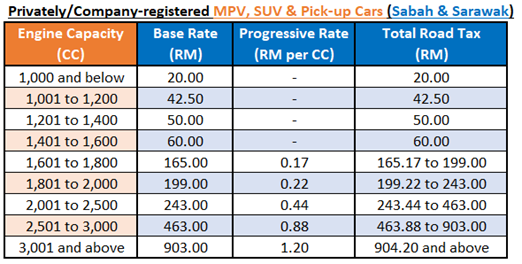 Guess what? These are not the lowest road taxes yet! There are certain exceptions to these rules for cars registered in Pulau Pangkor and Langkawi, and the structure is completely different! A vehicle with a 1,000 cc engine or less gets a flat RM20 annual fee like how other saloon cars do, while others are charged the equivalent of 50% of the particular car’s road tax price in the Peninsular!

The same applies to cars registered in Labuan too! The same RM20 flat rate applied to cars with 1,000 cc engines and below while anything beyond that gets the equivalent of 50% of the charge given to identical cars that are registered in Sabah or Sarawak!

Interested to learn more about cars? Do it the ez way and follow us as we share different articles on topics related to cars every week! Visit www.ezauto.my today!